Really clever and creative, it's a great simple puzzle game :)

This game is awesome. It's definitely one of the most unique puzzle games I've ever played :)

yea i think the developer shouldnt use ctrl with other keys

That was a very nice entry! The game is simple but really cleaver!

The art is simple but very nice. The sound is on point. Instructions are 100% clear. Introduction of new concepts is done slow enough for the player to understand. That was a very nice job! 👏

Feedback (to go even further beyond!!!):

Well, to be honest, I can't point out anything wrong regarding the game itself... everything seemed right. Maybe more levels? (since I was able to complete the game in like... 20 mins) 🤣

A real concern though would be accessibility. My pc has an AZERY keyboard so, I had to switch to QWERTY while playing. Usually, it's not that much of a big deal since I know that I just need to use "ZQSD" as a reference but in this game, since you have to press a specific key to perform an action, that was a little confusing sometimes. Now that I look back at it, I could have just played using AZERTY since the game doesn't require quick movement but still, an accessibility feature giving you the choice to switch the letters displayed on the keyboard keys inside the game would have been a nice touch. 👌

That was a very nice entry! Keep up the good work! 🏆

the game gets finicky when you need ctrl + D because that is how you bookmark stuff.

I enjoyed this, was a nice little puzzle game.

need a progress save 4/5

Finished the game- I loved it!

some of the puzzles can be circumvented by using a button other than ctrl to continue.

It's always a breath of fresh air when there's a game that takes advantage of being able to set/disable keys on a keyboard and uses that as a workable gimmick for the player to play with! Out of Ctrl is a puzzle game where you have to move your keyboard keys around the screen in order to use them with most levels being about getting your ctrl key in the right spot in order to continue to the next level. Added to this is the ability to wrap around the screen in order to traverse walls placed in order to add more difficulty to the levels. While I felt that the general pace of the game was nice, the difficulty in it never really got to a point where the puzzles became too challenging

There weren't any bugs or glitches that I could find playing this; that being said, it would've been nice to be allowed more freedom on which keys can be used to continue, as well as which keys were used for movement (WASD is fun, but imagine something really quirky like TAVL).

All in all, I will always love games with this gimmick regardless of genre, and it just instills hope in me that there will always be new and interesting mechanics to be added in the future. Definitely check this game out!

stuck at level 12 but it's fun

weird bug where it sometimes doesn't push the key in the direction expected. I.E, You push from the left, the key goes up.

you have to look at what buttons are in the squares

I know, but when I move upwards into a block (Key irrelevant) the block sometimes does not move upwards

I'm stuck on level 3, but it is so cool, fun, addicting, and adventurous!

level 11 bug:  (without spoiling too much)

ez bring ctrl down until u get it into place 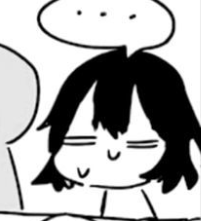 Fun game nice puzzles wish you could save my progress

at the end i enverted the keys.

also the game was fun

I enjoyed playing this :)

does anyone know how to beat lvl 6??

You Can do some Testing and Make the Left Key Nothing and Push the Ctrl Key in One of the Slots like a Bastard. Then you can Move the A Peice to the [Press (insert key) to win] Part.

you just need careful planning on 12.

This is probably one of the most unique puzzle games I've played. I really enjoyed how much it makes you have to rethink the basic gamer rule of WASD to move. Such a simple concept executed to wonderfully. I look forward to the potential for more in the future. :D

I hope you don't mind but I made a let's play of your game. Thanks for making such a fun game!

Oh hey, thanks of making a let's play of my game :D

I used ctrl + w and it deleted the tab XD

This is a super dope idea.  Would love to see where you can take it ^^

just pressed Ctrl+W on lvl13. my disappointment is immeasurable and my day is ruined

that's a pretty fun game! it riddles my mind at some parts